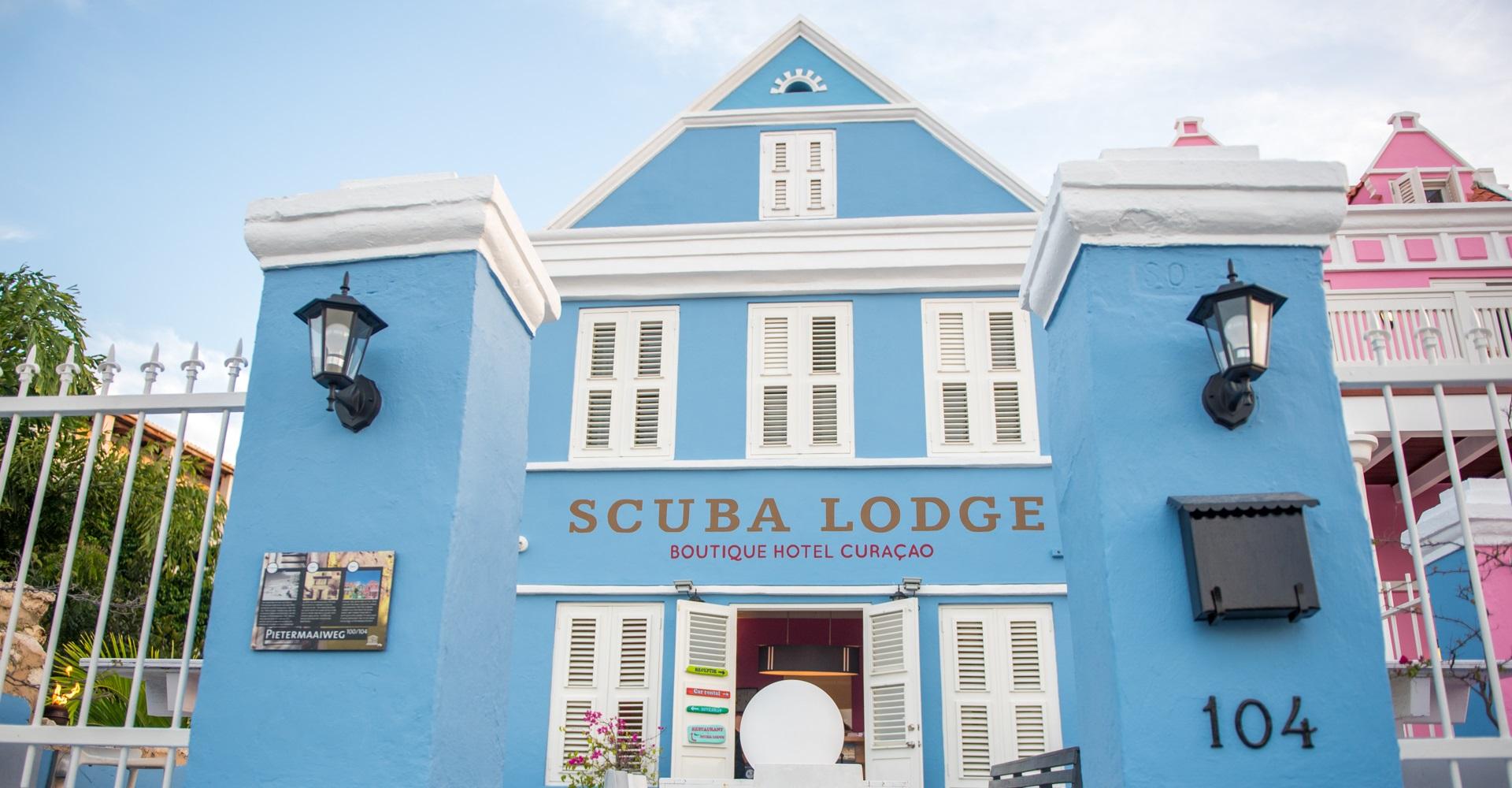 In the 1980s, Pietermaai 104 was abandoned and gradually began to deteriorate. The building belonged to Jopie Dap, who used to rent out the rooms until he and his family moved to The Netherlands. He had asked his siblings on Curacao to sell the property for him but they had a hard time finding a seller for a building that had lost all of its charms. The building was officially vacant but homeless people tend to stay in it.

It was Jopie's brother, Silvia Dap, who always had a keen interest in architecture and construction, who came up with the idea to restore their brother's building and open up a hotel. In 1991, seven siblings of the Dap family decided to go into business together. They bundled their strengths and skills to fix up The Lodge.

On January 25th, 1992, the Dap family opened the hotel Buona Sera Inn at Pietermaai 104. back then, the hotel consisted of just 8 rooms but the family had plans to build an oceanfront restaurant and to add another 7 rooms above the restaurant.

Today, the Lodge consists of the hotel's front desk and 13 rooms. The first 12 rooms are all standard rooms. In 2016, room #15 was upgraded after a spacious, private balcony was added. The balcony overlooks both the ocean and the infinity pool and is the ideal spot to watch cruise ships depart. 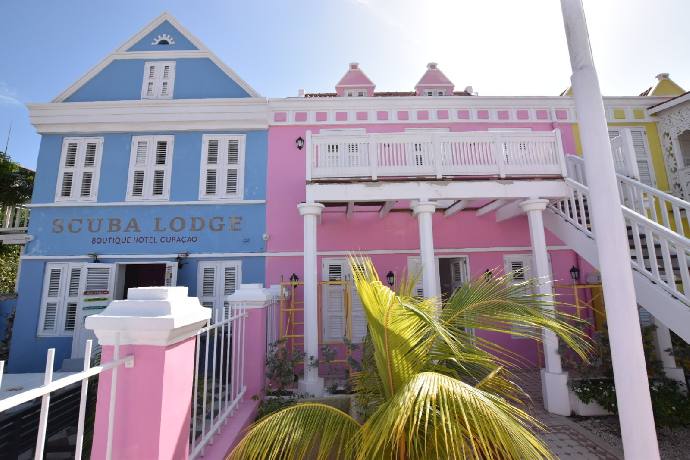